The Neighborhood Council Sustainability Alliance carried momentum forward at its first workshop on May 16 following Mayor Eric Garcetti’s announcement of the Save the Drop campaign. 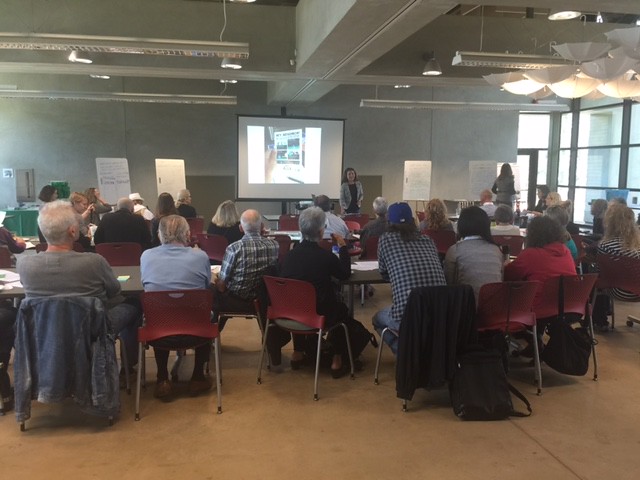 Cathleen Chavez-Morris, environmental specialist with the Los Angeles Department of Water and Power, gave an overview of where the city gets the majority of its water imported. During drier conditions, highlighted by the historic drought, the purchase price increases.

“We buy the majority of our water from the Metropolitan Water District,” she said, noting that since the department has enacted allocations, LADWP and its customers are expected to have a “water budget.” 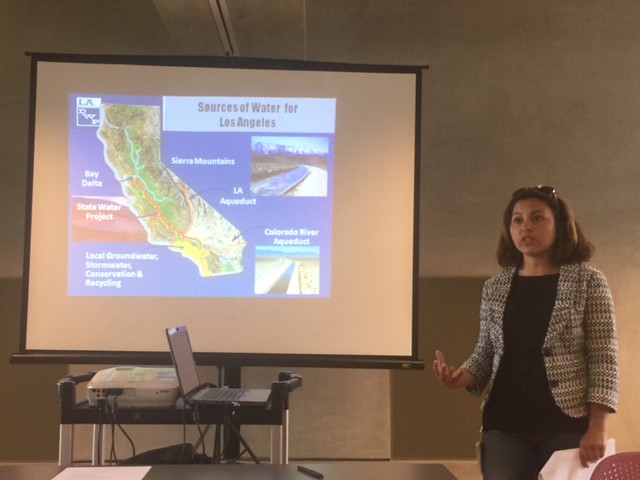 “If we go over, we have to pay a premium,” Chavez-Morris added.

LADWP is “committed” to reaching its “aggressive conservation goals” and is working with the city to reduce its gallons per capita per day by 20 percent by 2017, she said, as well as the amount of water purchases by 50 percent by 2024.

“And task us with integrating a water strategy that invests in our resources,” she said.

Marketing for Mayor Garcetti’s Save the Drop campaign can be found in English and Spanish on bus benches and bus stop shelters. There’s also a viral public service announcement video for the campaign that highlights a leaky faucet in a public space. 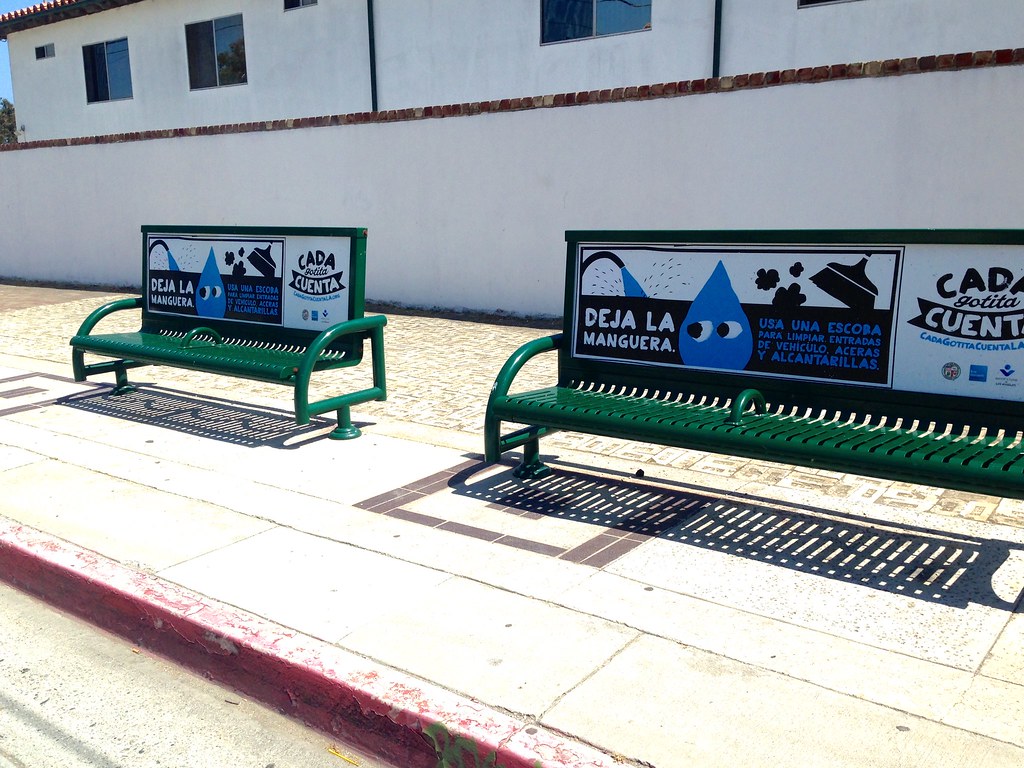 Save the Drop campaign signage at a Metro bus stop in San Pedro.

“The mascot, he doesn’t have a mouth,” Chavez-Morris said. “You need to speak on behalf of him – every time you notice someone taking a 30-minute shower, over-watering their lawn, etc.” 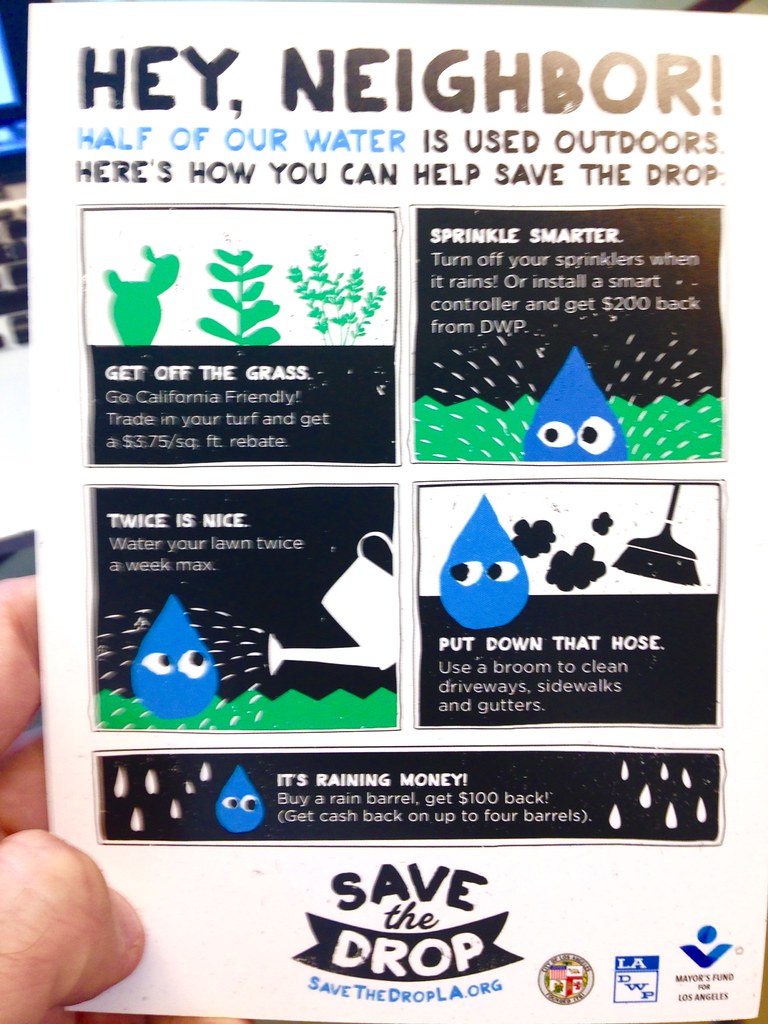 The mayor issued the #droughthack call to action in October, noting that the historic drought led L.A. to increase use of imported water to more than 80 percent of consumption. Reducing imported water use is crucial to L.A., and to confront it, Garcetti calls to create an integrated water strategy that increases local water supplies while improving water security in the context of climate change and seismic activity. Among calls to action for city departments, Garcetii calls upon Angelenos reduce outdoor watering to two days per week, replace turf lawns, replace any remaining high water use plumbing fixtures and appliances and ensure pools have pool covers.

Additional Save the Drop takeaways: