Future NCSA workshops are slated to feature the factors that contribute to a sustainable urban system. 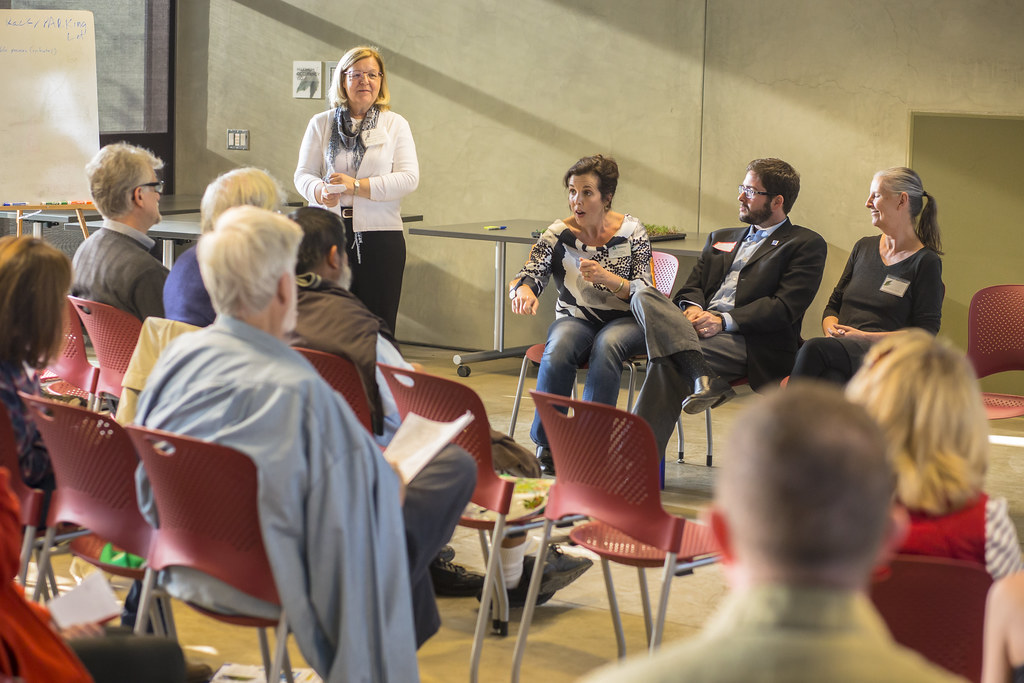 NCSA Founder Laura Mack welcomed everyone and relayed the alliance’s mission and progress since the formation of its steering committee in 2014. 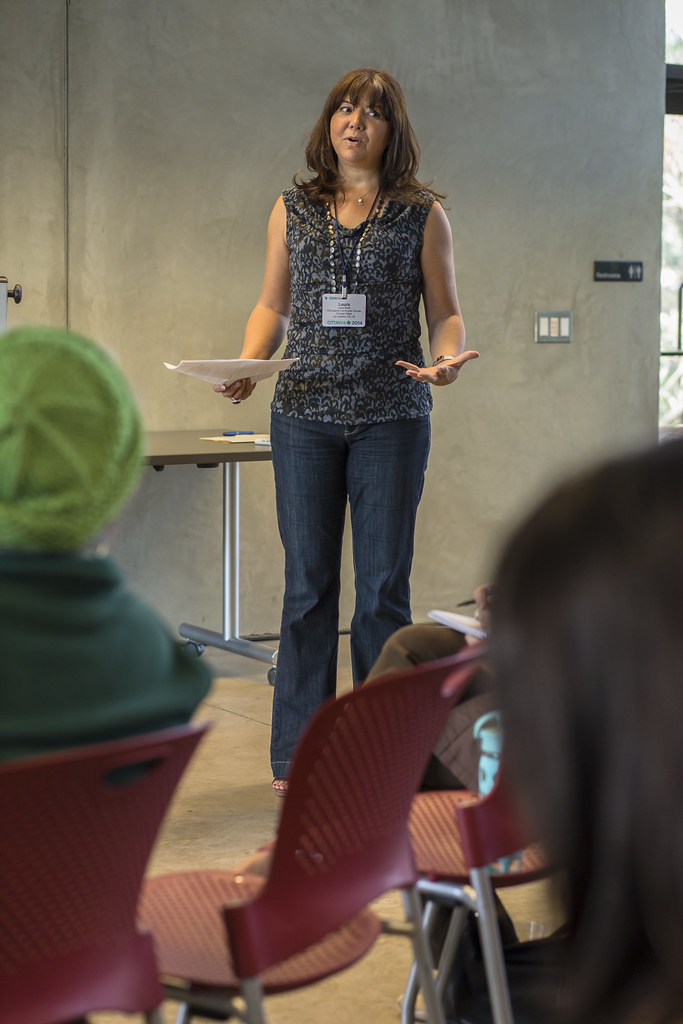 Los Angeles Deputy Chief Sustainability Officer Ted Bardacke spoke to the city’s 14-point sustainability strategy that will soon be implemented, which will encourage residential and business conservation and promote environmental and sustainability policy. He highlighted concerns over the increase of sewer spills affecting the Los Angeles Aqueduct, and the increase of people using the Los Angeles Department of Water and Power’s turf rebate program. Striking a sensitive balance in framing the city’s mounting environmental discussion is crucial, Bardacke added, saying it is about “understanding changing your behavior” without “talking about apolocalyptic scenarios.” 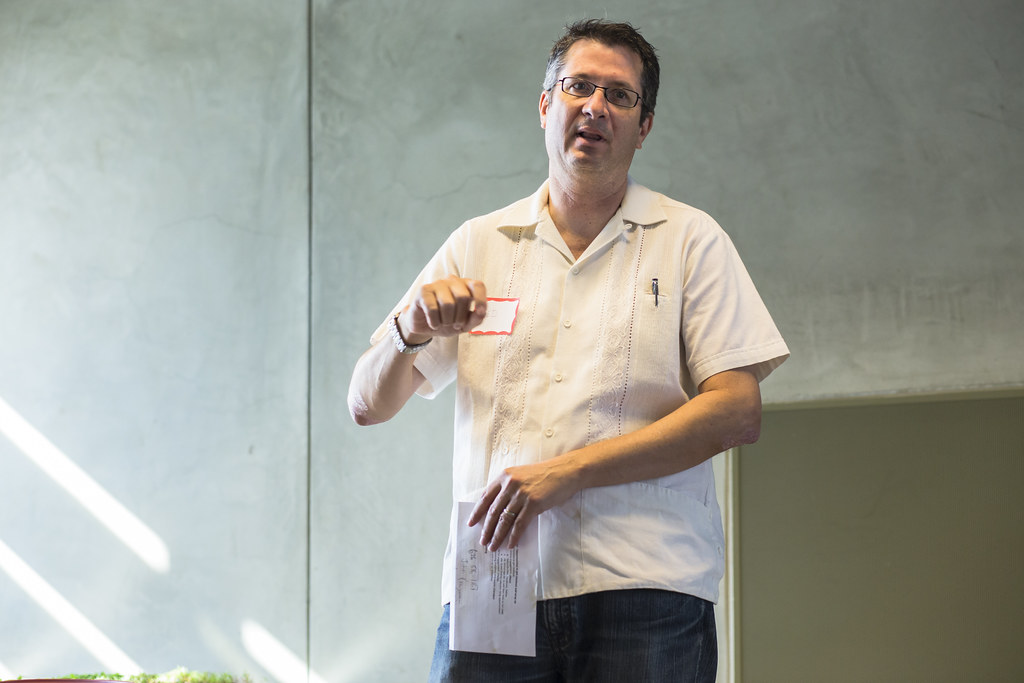 “If you can get three to four people on your block to change their front lawns, it will reach a tipping point,” he said. “Your neighborhood councils and the NCSA can be the catalysts to roll out these broader campaigns.”

Bardacke also touched upon reducing the overall dependence on imported water, of which L.A. relies on about 80 to 90 percent for its total use.

TreePeople’s Director of Sustainable Solutions Lisa Cahill dovetailed Bardacke’s talk to the re-introduction L.A.’s watersheds and how to best use rain barrels for rainwater harvesting techniques. According to Cahill, if all 96 neighborhood councils distributed 200 rain barrels to stakeholders, more than a million gallons of water could be saved every time it rains an inch, calling it “extrapolating the neighborhood scale.” 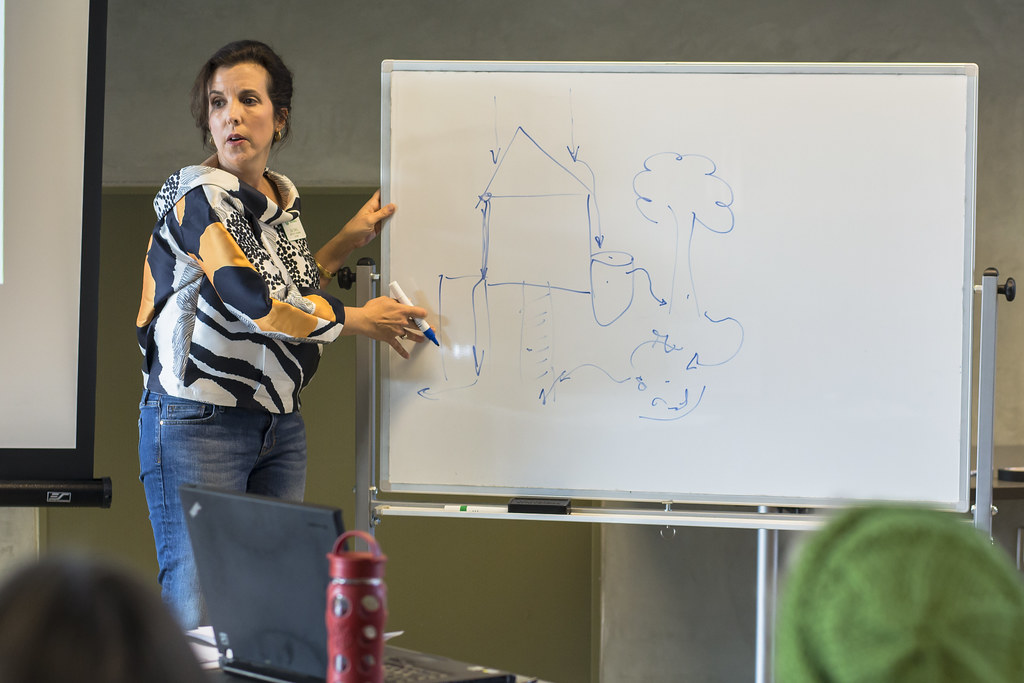 Cahill highlighted the workshops offered by TreePeople, including bringing those workshops to communities, such as rainwater capture. Cahill said that infiltration, conservation and combating urban runoff are the three overarching topics for water health. She showed several slides of homes and community spaces that have already incorporated climate appropriate landscaping, including rain gardens and mulch, reducing hardscapes, reducing urban runoff and the “heat island” effect, planting native species, relying on less turf and parkway retrofitting.

Lipmen said that top priority for all neighborhood councils should be outreach to communities, especially on environmental issues, to get discussion started locally on planning and land use, and funneling it back to the NCSA.

All photos courtesy of James Kellogg for TreePeople.